Where is KERALA? What makes it one of the world’s greatest tourist hubs, and what are the most fascinating things to do in Kerala?

It’s okay if you’re interested in the answers to the questions above ahead of your trip to the lovely destination.

Luckily, we are set to answer the questions above as part of our mission to provide tourists and travelers with complete information about their next destination.

We will unveil everything you should know about KERALA to help you have a clue of what to expect in a highly-rated Asian city.

Kerala is a big state founded on the 1st of November 1956 in the southwestern region of the Malabar coast in India.

It is known for its diverse cultures, food diversity, numerous norms, and captivating festivals,

What Is Kerala’s Official Language

Despite the numerous cultures, languages, and races; Kerala has only one official language known as Malayalam.

That sounds great and welcoming to all strangers as they don’t won’t undergo the stress attached to learning multiple languages.

The Malayalam language is all you need to communicate fluently like the son of the land — isn’t that amazing?

It would interest you to know that Kerala has three nicknames,  including Spice Garden of India, Land of Coconuts, and God’s state.

Don’t be surprised to see people address the state with any of the nicknames.

The people are friendly and welcoming; therefore, you can rest assured your safety is guaranteed.

Considering the people’s hospitality, it’s safe to say that being in Kerala  means you’re at ‘home away from home

Is Kerala Safe For Tourists?

Yes, Kerala isn’t known for crimes, terrorism, and any form of insecurity. Measures are put in place to control covid-19 infection.

Meanwhile, Kerala’s uniqueness, its festivals, food, and other events make it the best place to be at all times.

If you’re not convinced with some unique attributes above, don’t be too quick to judge.

Endeavor to go through the list of Top 10 Things To Do  IN KERALA below:

Kathakali is an ‘all-in-one’ art show which is often characterized by a wide range of colorful costumes, wear, face masks, and other eye-catching attires.

I tag it an ‘all-in-one art show’ because it contains diverse performances such as choreography, dance, drama, music, vocal performances among others.

According to research, Kathakali has been in existence since the 17th century, though, no one can specify its year of origination.

Kerala isn’t just known for good food only, it is also known as a good craft-making state.

The state’s Tourism Department sets up a spacious craft village in Kozhikode (a district in the state) where traditional artisans create many mind-blowing objects.

Craft village is the best arena for you to learn how to make some high-quality products from raw materials such as coir, bamboo, coconut shells, husk, coconut leaves, sand, palm leaves among others.

Most tourists prefer booking a hotel room during their visit to KERALA.

However, I advise you stay with some traditional people during your time in the state.

This will help you learn a lot about Kerala’s culture and their cookings as you will chat with them and ask a series of questions.

The Kalaripayattu Bout is a must-watch show that showcases Kerala’s ancient martial art.

It’s one of the oldest martial art shows in the world; hence, you can’t afford to miss the breathtaking actions like running, somersaulting, swinging of spears and daggers, jumping, etc

You’ve been watching it on TV, It’s time you see it live in Kerala.

* Embark on a trip to Sandalwood Forests

When we talk of forests in India and Asia at large, we can’t help but mention Sandalwood forests located at Marayoor.

Containing a wide range of trees, it produces a very cool atmosphere where you can relax and feel refreshed.

Apart from the trees,  some of Sandalwood forest’s fascinating features include the factory of the Forest Department, Thoovanam Waterfalls, and ancient rock paintings.

Theyyam performance is a scenario where some group of actors create a fierce-looking but colorful and well-costumed Warrior to worship him.

In short, Theyyam is a way of worshipping an idol-like creature to experience success and prosperity in all their endeavors.

Meanwhile, you’re not mandated to bow to the creature/ warrior, it’s a matter of choice.

* Ride on an Elephant’s back

This is one of the liveliest activities you must do during your stay in Kerala.

Riding on an elephant’s back makes you feel thrilled and comfortable. It also renders you an experience you won’t forget anytime soon.

You don’t need to be scared of its size, many Elephant handlers are readily available to guide and guard you throughout the exercise.

* Go For an Ayurveda Massage

This massage isn’t like every other massage one as it comprises both the ancient and the modern-day massaging  techniques.

Warm plants are combined with massaging oils before they are applied to the body and bones for great effective actions.

It helps to stimulate nerves and muscles and it helps you feel more relaxed and more energized.

* Ride in a boat down Periyar River

Periyar River is one of the largest rivers in Kerala, hence, you must experience what it is to boat-ride on it.

Safety measures are put in place, should there be any case of emergency.

You don’t need to worry about your health and personal luggage.

* Boat-ride the Alleppey Backwaters at Sunset

The last, but not the least, thing to do in Kerala is to view the sunset via the Allepey backwaters.

Allepey is known for numerous tourist attractions, however, experiencing the sunset is an event you wouldn’t want to miss out.

There are more interesting events and fascinating things to do in kerala not discussed here.

I’m sure you will eventually get to know them when you visit the Asian city.

Meanwhile, don’t forget to check my comprehensive list of the most captivating places to visit in Santorini, Greece. 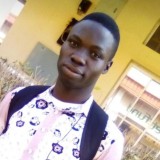